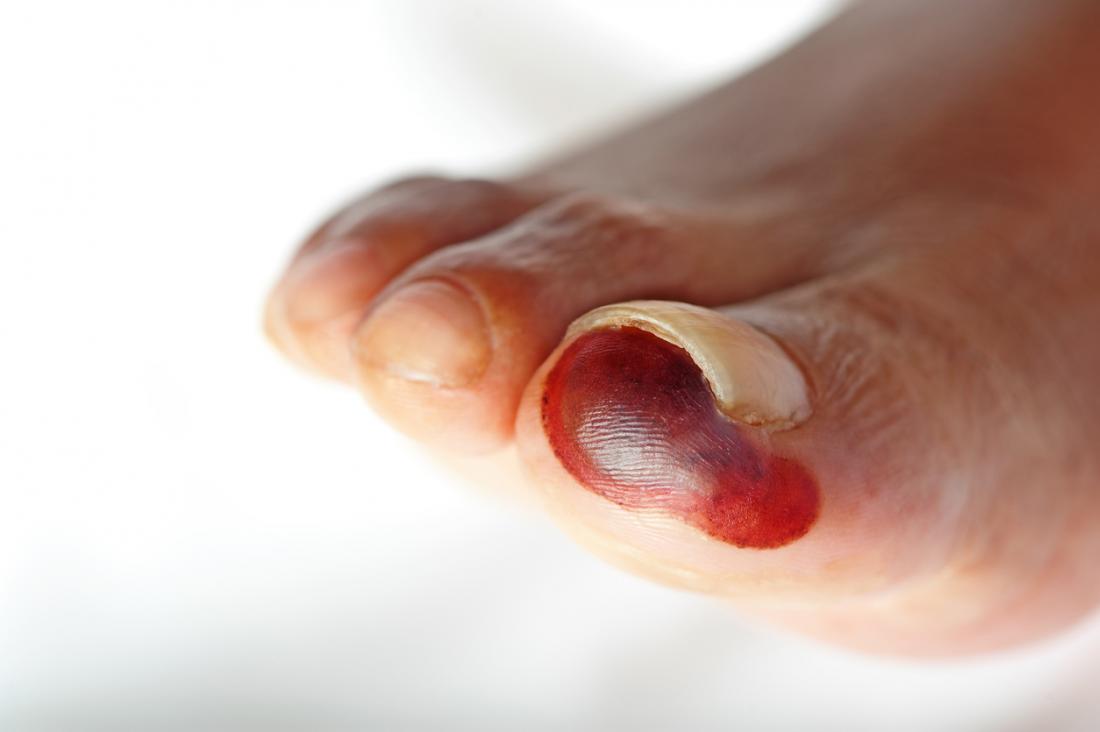 Gangrene is a condition that arises when a considerable mass of body tissue dies (necrosis) . This may occur after an injury or infection, or in people suffering from any chronic health problem affecting blood circulation. Gangrene is primarily caused due to reduced blood supply to the affected tissues that leads to cell death. Diseases like diabetes and long-term smoking increases the risk of gangrene. It can affect any part of the body but typically starts in the toes, feet, fingers and hands (the extremities).

What are the types of gangrene?

Dry gangrene: Dry gangrene begins at the distal part of the limb due to ischemia (restricted supply of blood), and often appears in the toes and feet of elderly patients due to arteriosclerosis and thus, it is also known as senile gangrene. Dry gangrene is generally seen due to arterial occlusion. As there is limited putrefaction and bacteria fail to survive, dry gangrene spreads slowly until it reaches the point where the blood supply is adequate to keep tissue viable. The affected part is dry, shrunken and dark reddish-black, like mummified flesh.

Wet gangrene: Wet gangrene occurs in moist tissues and organs such as the mouth, bowel, lungs, cervix, and vulva. Bed sores occurring on body parts such as the sacrum, buttocks, and heels are also classified as wet gangrene infections. Wet gangrene is characterized by numerous bacteria and generally has a poor prognosis (compared to dry gangrene) due to septicaemia. In wet gangrene, the tissue is infected by microorganisms like Clostridium perfringens or Bacillus fusiformis that causes the tissues to swell and emit a foetid smell. Wet gangrene usually develops rapidly due to blockage of venous (mainly) and/or arterial blood flow. The affected part is saturated with stagnant blood, that promotes  rapid growth of bacteria.

Gas gangrene: Gas gangrene is a bacterial infection that produce gas within tissues. It is the most severe form of gangrene usually caused by Clostridium perfringens bacteria. Infection spreads rapidly as the gases produced by bacteria expand and infiltrate healthy tissues in the vicinity. Gas gangrene is generally treated as a medical emergency as it quickly spreads to the surrounding tissues.

Internal Gangrene: Internal Gangrene is often caused by an infected body organ which results in blocked blood vessels. The blocked vessels are usually those supplying the affected organ.

What are the symptoms of Gangrene?

Dry gangrene which is the most common type of gangrene, usually manifests in the following form.

• Firstly, the affected part turns red
• Then it becomes cold, pale and numb (though some people might experience pain).
• Furthermore, the body part may begin to change colour from red to brown to black without treatment. The dead tissue may shrivel up and fall away from the surrounding healthy tissue.

Wet gangrene progresses much faster than dry gangrene. Its symptoms include:

The symptoms of Gas gangrene are as follows:

• Feeling of heaviness followed by severe pain
• In most cases of gas gangrene, pressing skin near the affected area will produce a crackling sound caused by a build-up of gas; producing the feeling of crushing fine tinfoil.

When to see a doctor

The disease is a serious condition and needs emergency treatment. Call your doctor right away if you have persistent, unexplained pain in any area of your body along with one or more of the following signs and symptoms:

What are the causes of Gangrene?

Being a blood-related disease, any condition that affects the flow of blood has the potential to cause.

The most common of these conditions are:

How can Gangrene be diagnosed?

Clinical tests can be carried out to confirm the diagnosis of the disease. These include: 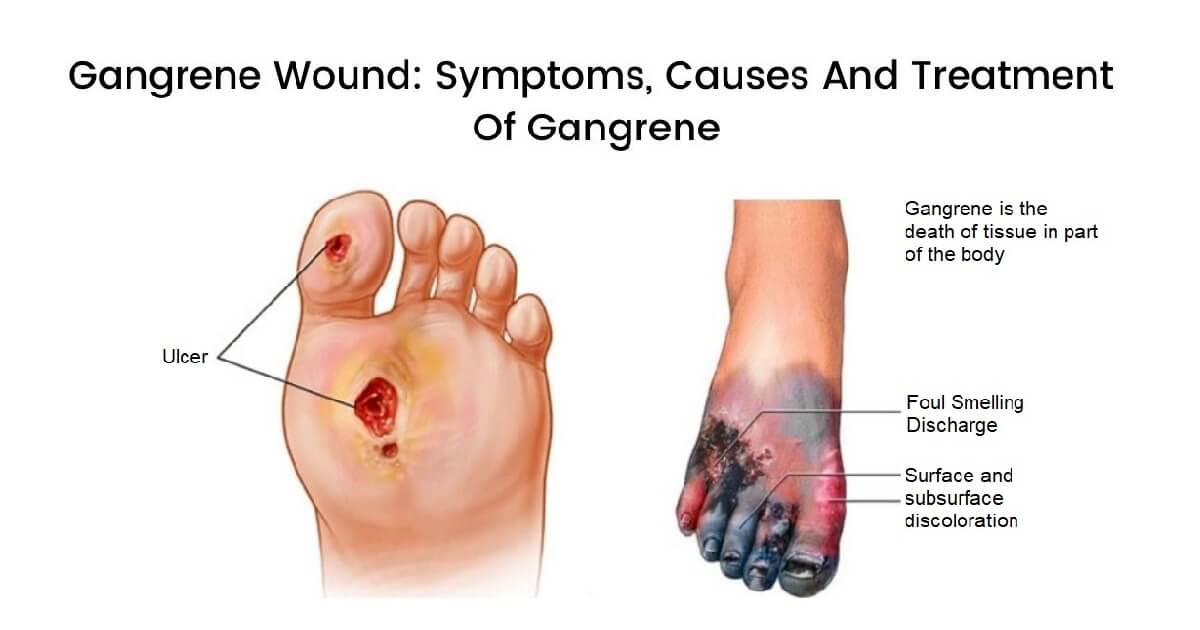 How can Gangrene be treated?

Debridement: Debridement is the surgical removal of the dead tissue that results from gangrene.

What are the interventions for Gangrene?

There are a number of self care techniques for the patients who are at risk of developing Gangrene. The most common methods used are as follows:

Desired Outcome: The patient will be able to experience optimal wound healing and avoid the spread of infection to the rest of the skin to preserve its integrity.